As Australia continues to recover from the effects of COVID-19, its pro wrestling scene is starting to roar back to life. Leading the charge is Sydney-based promotion PWA, who have hosted a couple of limited capacity events at its training facility, the PWA Academy in Ingleburn, NSW. In addition, they have begun airing weekly shows each Monday, a tournament known as The PWA Premiership. All of these shows can be seen on OVOPlay.

Recently, PWA announced that their final limited attendance show of 2020 will take place on Saturday 5th of December- PWA Feats of Strength. Tickets went on sale on Sunday, and by Monday were sold out- before the first match was even announced!

Well, the first match has now been announced, and it’s a doozy- “Tuff Stuff” Ricky South takes on the “Aussie Arrow”, Kyle Fletcher. South is the no. 1 contender to the PWA Championship, a title currently held by Caveman Ugg. Due to the pandemic, Ugg has not been present to defend his title. South also cracked the PWI 500, coming in at 495, ahead of fellow Aussie and WWE star Shane Thorne. Meanwhile, Fletcher made his return to PWA after a successful stint in the UK, making appearances in Progress, RevPro and even ROH on their Honor United shows.

After a big victory over Shazza McKenzie at Movember To Remember, Kyle Fletcher has his eyes set on the PWA Heavyweight Championship. But to get that shot, he needs to beat Tuff Stuff to become the number one contender. Can he do it? Find out on OVOPlay, December 5th, for PWA Feats of Strength! 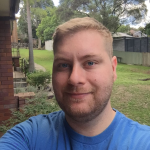