The PWA Sampler Platter- Getting a Taste Of Pro Wrestling Australia

Undoubtedly the Australian wrestling scene is filled with some of most talented female wrestlers in the globe. You can only see the quality in WWE with the likes of Emma, Indi Hartwell, Peyton Royce and Billie Kay.

But when you talk about the best in Australia, you cannot do so without talking about Kellyanne and Erika Reid.

Kellyanne, who only recently received a contract with Ring of Honor (ROH) wrestling, has been plying her craft for several years, and rightfully earnt a reputation for being one of the most dangerous and capable fighters today.

And then you have The Dreamtime Voodoo Witch Erika Reid. Although not as experienced as Kellyanne, Erika has proven to be a phenomenal competitor with true heart, grit and a little bit of voodoo magic up her sleeves.

In this article:Alan Payne, Erika Reid, KellyAnne, King of Colac 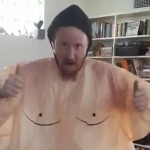 The Voodoo Dreamtime Witch Erika Reid, one of the most popular wrestlers in Australia today, goes head to head with a man who knows...

Now how does Xavier spend a Saturday night? Perhaps not as soaked in depravity as one may ascertain, no in fact last Saturday night...