It’s that time of year where the road to Wrestlemania starts taking place and what better way to start than by fantasy booking the show months in advance. Let me preface this article by saying these are things I would like to see rather than what I believe will actually happen.

There will be two articles, with the other to come soon, given that Wrestlemania 37 will take place over two nights. Now with all the formalities out of the way lets have a look at my way too early fantasy Booking for Wrestlemania 37 Night 1.

BTW you can check out out perfect night 2 here!

This match serves as the continuation in the Flair and Rhipley rivalry that began last year yet includes Asuka as she’s been carrying the Raw Woman’s division throughout 2020 after Becky Lynch’s absence.

Charlotte should walk into Wrestlemania as champion after defeating Asuka in the weeks leading up to the show, prompting a rightful rematch. Rhea should then intervene by stating that she and Charlotte have unfinished business and that they should run it back this year, hence setting up the triple threat title match.

The encounter should be a hard hitting banger that sets the tone for the action packed show to come and should end with Charlotte eating the pin by Rhipley. This helps protect Asuka and establish a future feud with her and Rhea, as she was never pinned, while also furthering the apprentice/master storyline with Charlotte.

While this match seems random and improbable it will be a spectacle in the modern big man style.

Joe has been out for ages and a return around Wrestlemania season can’t be ruled out as he still has plenty to offer in the ring, while Lee has seemingly vanished after a featured run in the beginning stages of his call-up. Pairing the two and letting them have it will be amazing as Joe has the mic skills to create a compelling story out of thin air and both he and Lee have the charisma to make us believe the stakes of the bout are significant.

Lee should beat Joe in this encounter by kicking out of the muscle buster, I know it’s banned but it’ll be awesome, and then subsequently backing Joe into the corner after he puts on the cocquena clutch out of desperation which will lead to the big bang catastrophe for the win.

This is the match we never got seven years ago and now that it’s possible it sure as hell should have a spot on mania!

The story is simple, Christian never got his title shot and now he’s back for it. The retirement and self-doubt angle will ultimately come into play to set up an intense face v face encounter where the down and out veteran returns against all odds to take on the younger star who is finally realising his potential.

Big E should dominate the encounter to play the self-doubt surrounding Christian into the match as he contemplates giving up, evoking a sympathetic response from Big E and thus creating an opportunity for Christian to take advantage of his good nature. After a series of near falls Big E should finally put Christian away, solidifying him as a legit champion as he goes over the legend while presenting Christian as an unrelenting warrior in defeat.

This has been building for ages and is inevitable at this point.

Hopefully it plays out similar to last years’ encounter with John Cena where The Fiend used Cena’s mind against him, except with some actual wrestling taking place as a mix between the two can actually be quite compelling.

It would be interesting for ‘The Fiend’ to explore and exploit the nature of Orton and Triple H’s relationship over the years and how they used each other, Randy’s endless chances and minimal punishment within the company and his family ties to the business.

The finish should be a draw, but here me out first. Wyatt should technically win but in the process, Orton should subsequently retire The Fiend persona in what should be a false victory that gives birth to Wyatt’s latest incarnation which will pick up the actual victory. Confusing but very WWE.

We should’ve got this wayyyyyy sooner! Two legit combat sport athletes who can go in the ring finally facing off one on one, the story writes itself.

Have Brock come back and complain about how no one on the roster is worth his time and how he’s better off retiring, cuing Lashley to come out and talk up his MMA experience. Lashley should even go as far as saying that he’s been dreaming of this for years and he thought the only way he’d get his hands on Brock was going to be for real in the octagon and that Brock was the only reason he returned to WWE. This then prompts Brock to say something about how he doesn’t fight for free or without a title at stake, setting up the championship match at mania.

It would be cool to have a reverse Lesnar match, where Brock takes a lot of punishment early only to make a valiant comeback but fall short. This type of booking plays into the MMA psychology of not having too long between fights to avert disaster and complacency, like Connor McGreggor’s latest comeback, and will set Lesnar up in a redemption angle for the coming months while cementing Lashley as a made-man in WWE.

This rivalry dates back to the 2018 Mae Young Classic Final where Storm defeated Shirai to win the tournament. However, since then Shirai has been able to ascend past Storms initial success which sets up this collision perfectly as Storm serves as the only asterisk on the champion’s record.

The encounter will most likely be a classic Takeover style match where big moves are exchanged, and false finishes are aplenty. Shirai should go over and win via some sort of counter or roll-up pin, establishing her improved in-ring experience since losing to Storm, which thereby vindicates the previous loss. This finish also lends itself to a further extension of the feud as Storm can argue that Io got lucky and then introduce some sort of stipulation for their blowoff match.

Given that Drew didn’t have that special Mania win pop last year, Styles should win the upcoming Elimination Chamber match to set up McIntyre’s moment as he chases into Mania this time round.

The Match should be based around Styles proclaiming he is the best WWE Champion since his arrival, and how he’s accomplished more than McIntyre ever will in his short time there. Drew should then bring up his journey back to the company, where Styles will cynically retort that he did it the hard way and how Drew is venturing to the house that he built for the second time, as McIntyre also ended up in Impact after his release, and that Styles still deems Drew unworthy to step in his ring this time round.

Ultimately McIntyre will pick up the win after a gruelling encounter where he is out wrestled and hurt, courtesy of AJ picking him apart. By sheer will and gritting his teeth McIntyre should end up hitting the claymore as AJ goes for the phenomenal four-arm after hitting Drew with the styles clash.

The match has Wrestlemania classic written all over it! Drew can pick up the big baby face win and both men can have a technical masterclass main event in which they both walk out even bigger stars.

Want to see our perfect night 2? Check it out here.

In this article:Fantasy Booking, Wrestlemania 37, WWE 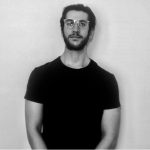